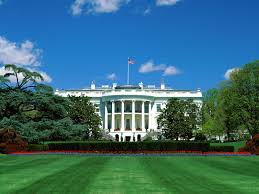 The President detailed his strategy to take on climate change. His plan intends to:

As a president, as a father and as an American, I’m here to say, ‘We need to act.’ I refuse to condemn your generation and future generations to a planet that’s beyond fixing. — President Obama

Obama’s plan relies on executive authority and does not require Congressional approval.

Opponents of the Keystone XL pipeline applauded Obama’s cautious stance, while some environmentalists felt the speech wasn’t as tough on the fossil fuel industry as they would have liked.

Daniel Gross said the mention of energy-efficient consumer goods was the most practical idea raised. “And to me, this idea—the notion of improving environmental performance by imposing higher standards on consumer products—is the most powerful and doable of the bunch,” Gross said. “The U.S. is a consumer-driven economy.”

What did you think of President Obama’s speech? Share your insights and thoughts below or by email.

This entry was posted in In the News and tagged fossil fuel, power plants, President Obama. Bookmark the permalink.